As befits a conference with this title the more conventional academic presentations came between two musical contributions.  The first was Keith Gregson the sporting balladeer with highlights from his songs about sport, including Sport and Song Go Together, written for the conference. The day ended with a performance of the winning entry from the parallel songwriting competition, sponsored by Headingley Lit Fest. Peter Spafford’s song was about women’s roller derby, with lyrics based on interviews with participants.

The keynote speaker was Leeds born and bred journalist/ columnist/ author/ playwright/ lecturer, Anthony Clavane who examined what England World Cup songs tell us not just about football but the nation as a whole. This involved a critique of how music is used in song to promote certain narratives.  Like Billy Bragg he is interested in attempts to create a New England that can accommodate a progressive patriotism, something thrown into sharp relief by the divisions of Brexit.

I enjoyed the assorted presentations and thought the different approaches taken to the subject matter made for a rewarding day. There were delegates from Denmark, France, the Netherlands Canada and the US.  There were textual analyses of the music in a football show on Danish television and of the film, The Great Escape. There were positive demonstrations of the value of bringing music and sport together to inspire and give confidence to children and to mitigate the physical consequences of Parkinsons.  There were analyses of political protest from sports stars ’taking the knee’ during the American national anthem to fans’ use of a traditional song to demonstrate opposition to President Erdogan. Various contributors examined the contribution of Bruckner, Half Man Half Biscuit, Handel, Wham, Elgar, Joy Division and black musical forms, and I was introduced to two embarrassingly bad videos made to promote cricket world cups and equally disturbing football world cup albums.  There were discussions, too, of Englishness, the journey of a song, the use of Black music within English football, a case study of a replica football shirt in song, and the tracing of the origins of football chants. There were fascinating nuggets everywhere, as with the lineage of one musical meme popularised as a football chant being traced back to the White Stripes’ Seven Nation Army and a Bruckner symphony, and projected forward to Oh, Jeremy Corbyn.

In amongst the stories of two of my own central leisure interests, writers like Bourdieu, Maffesoli, Dawkins, Levi Strauss and Gilroy were used to try to make sense of the music and sport relationship.  This entailed discussion of authenticity, hyper-commercialisation, commodification, memes, corporate blandification, glocalisation, tribalism and dominant whiteness.

In his welcoming address Pete Mackreth (Dean of the School of Sport at Leeds Beckett University) saw the power of music and sport lying in making connections with others.  One of the contributors also suggested the pairing helped overcome the idea that music is for wimps.  The way people engage with sport affects their reaction to associated music and vice versa.  Through the one they identify with the other, shaping their identities.  The coming together engenders sites of both accommodation and protest.

I am now turning my attention to a special issue of Sport in Society on Music and Sport: Exploring the Intersections.  If you are interested in joining presenters at the conference in contributing to that, please get in touch (contact details below).  Our previous special issue on the interrelationships between sport and the arts is here: https://www.tandfonline.com/toc/fcss20/22/5?nav=tocList.

If you aren’t already part of the Fields of Vision JiscMail listing, you can sign-up (free) here

and keep in touch with others who also have an interest in sport and the arts.

Please get in touch if you have ideas for a future initiative that Fields of Vision could be involved in. 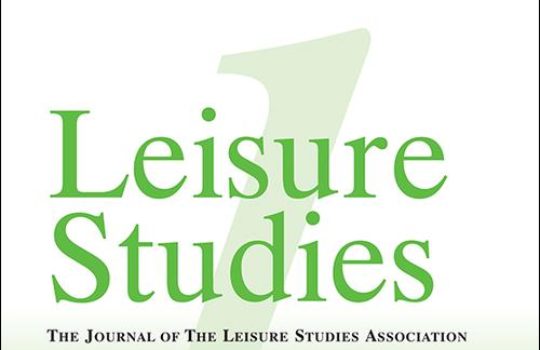 Expressions of Interest in hosting the Leisure Studies Association Annual Conference of 2021 are invited. Read More