By Robert Stebbins. University of Calgary

Fellowship and friendly social relations during free time, referred to here as leisure-based sociability, is a prominent reward of participation in all free-time activity, except that which is largely, if not entirely, individual (eg, solitary fishing, hunting, hiking, collecting, daydreaming playing the piano). By contrast, socializing – the source of sociability — requires at least one other person to socialize with and therefore includes sociable interaction in the gatherings, groups, associations, and social worlds that spring up around a great variety of leisure activities.

This is an immense, theoretically uncharted territory. Fortunately, in a recent lengthy literature review (Stebbins, 2018b), I discovered fourteen themes on which leisure-based sociability is enjoyed.[1]References to studies bearing on them are available in that review. They can give some needed direction to the further exploration of this popular, but scientifically understudied, area of leisure life.

Theoretically, sociability finds its place in the serious leisure perspective as casual leisure of the sociable conversation type. The earliest analysis of sociable conversation of which I am aware is that of Georg Simmel (1949), a late-19th-century-early-20th-century philosopher and sociologist.[2]He observed in an essay titled “The Sociology of Sociability” that the essence of sociable conversation lies in its playfulness, a quality enjoyed for its intrinsic value. Sociable conversation guarantees the participants the experience of such values as joy, relief, and vivacity. Simmel holds that it is a democratic activity, in that the pleasure of one person is dependent on that of the others in the exchange.

Specifically, the review presented in Stebbins (2018b) centered on the relevant books, articles, and chapters listed in the SLP (the serious leisure perspective, whose Bibliography is available at www.seriousleisure.net/Bibliography).3 This feature includes theory and research on the leisure-related aspects of aging and retirement, arts and science administration, library and information science, positive psychology, therapeutic recreation and disability studies, and tourism and event analysis. Compared with the various specialties in leisure studies, the SLP casts by far the broadest theoretical and empirical net in that interdisciplinary field. Underlying this focus in the present review is the assumption that finding leisure as experienced in sociability is a singular concern of many a modern individual, albeit one not widely studied as it exists in the nonprofits. Based on this sample this article will provide a sense of how and where sociability is found in the domain of leisure as pursued in the nonprofit sphere.

The aforementioned review shows how vast this area of leisure activity is, thereby justifying the goal of the present article: to discuss fourteen themes according to which modern sociability is manifested.

The sociability in question is often face-to-face, though it can also be conducted over the telephone or via the Internet (eg, e-mail, blog exchanges).4

Sociability is treated of here as a reward, as both an anticipated and an experienced benefit for socializing with other people in a certain leisure activity. In more formal terms it is the reward of social attraction (no. 8) in the list of 10 rewards set out in Stebbins (2007/2015, p. 14):

But note that social attraction is said in this quotation to be rewarding only for serious leisure participants, which the present review shows is much too limiting. It will become evident in the next section that many a casual leisure activity is also attractive for this reason. Hence this article also constitutes a revision of Reward Number 8, which from here on bears on all types of leisure.

Shop-talk bears on one’s trade, profession, or extended into leisure studies, one’s free-time activity. Obviously, the activity must be complicated enough to generate something to discuss, as is true of those qualified as serious leisure and project-based leisure. Shop-talk can occur in such casual leisure as chance-based games, casual volunteering, and sensory stimulation (eg, having sex, drinking wine or beer, eating gourmet food). It certainly includes tips of the tricks-of-the-trade variety. For some participants, part of the appeal of shop-talk lies in playing the role of expert in the activity in question.

Analyses and postmortems are distinguished by the singular fact that the second occurs only after a session of the activity being discussed. Thus, it is an analysis when coaches advise players between periods of play, and a postmortem when the latter assemble at a bar or restaurant and review what happened in the game just finished. Such experiences can be critical, even negative, but are still sociable in the sense that they are centered on personal development in a serious leisure activity, a desirable process for the target of the critique. Here the socializing becomes shop-talk with its attractive delivery of expertise.

General casual talk (eg, weather, sports, current events) is common when strangers or mere acquaintances strike up a conversation. Such talk may include some of the other themes, like jokes, stories/anecdotes, and occasional expressions of emotion. Given that general casual talk typically occurs in informal settings, the emotions expressed seem to be mostly positive or, if negative, conveyed superficially. Being in the company of strangers, this is not normally an occasion for a deep outpouring of sentiment, which is an intimate matter.

Stories and anecdotes, as just indicated, may be part of general casual talk. Still, there are sessions of sociability in which these two dominate. The literature reviewed in Stebbins (2019) showed this is true of socializing among, for example, those who go in for outdoor pursuits, as in stories about fishing (“the big one that got away”), hunting, skiing, hiking (trekking), surfing, and snowboarding, among many others. Part of the appeal of this kind of sociability is the opportunity for the storyteller to engage in some spontaneous theater.

Talk about the scene or the social world of an activity is limited to socializing among the participants involved in that formation. Such talk may consist of gossip or rumor, information about the scene or social world, stories and anecdotes, and the like. A scene is a broad conception; a specified sphere of interest or human activity (eg, the music scene, sport scene, restaurant scene, nightlife scene). Whereas a social world is narrower, more complex, and takes shape with reference to a core work or leisure activity (see Stebbins, 2018a). The serious pursuits have the richest social worlds; they abound in amateurism, hobbyism, and career volunteering. Moderately complex casual leisure social worlds may be more validly conceptualized as scenes (see Stebbins, 2018a, Chapter 4).

Jokes are frequently told in general casual conversation, say, in bars, coffee shops, breaks at work, and informal gatherings of friends or relatives wherever they occur. Yet, there are sociable occasions where joking is inappropriate. Thus, when the conversation is mostly about shop-talk, analyses, instruction and practical information, and the like, jokes and banter (teasing, wisecracking, wordplay, etc.) can tend to distract the participants from the principal interests of the more technical socializing going on at the same time.

Practical information/instruction refers to small, conversational sessions of advice that are too long to be considered shop-talk. For instance, a gardener might visit a newcomer to the hobby to show that person how to most effectively transplant a small tree and then care for it. Or the outgoing treasurer of a non-profit association might spend a half-hour with the incoming volunteer to show how the books are kept and how they must be presented for the annual audit.

The literature review (Stebbins, 2018b) suggests that promotion of a thing or a person is a common form of sociability at the regularly scheduled lunches and dinners of service clubs (eg, Rotary International, Kiwanis, Lions). Owners and managers of commercial services often join such organizations for, among other reasons, the opportunity they offer to promote their business or professional interests. Further, advantageous acquisition of goods and services can be part of this kind of sociability. The common goal is to get a “good deal” through trusted friends.

Sociable conversations are generally positive occasions for the participants and can therefore be the scene of positive emotions. Amusement is one of these, as found in jokes, funny stories, comical histrionics, and so forth. Joy is another. It is expressed collectively, for example, in gatherings celebrating a competitive win of a family member or that of the group’s team. Then there is attraction for the others in the conversation (or affection or love depending on the interpersonal relationship) (Stebbins, 2015, pp. 126-127). Negative emotions like fear, anger, hate, and conceited self-appraisal when felt by one or more others in the gathering destroy its sociability. Nonetheless, if all in the conversation are angry with, say, an external person or practice, then sociability is sustained by way of a shared sentiment, no matter that it is negative.

Encouragement may be evident as part of shop-talk or instruction, though sociability can feature encouragement independently of these two. Thus, postmortems and analyses may be followed by or punctuated with encouraging words from those in on the socializing. Moreover, stories and anecdotes may give rise to encouraging remarks about the raconteur who is also the principal in the account. On these occasions the participants find it agreeable to encourage one of their number with compliments about that person’s competence in the activity in question. In line with Simmel’s observations the story, if it is to be interpreted as sociable, must be told modestly, free of overweening talk.

Interactive games refer to the diverse card and board games that are played with two or more people, where the moves or decisions of one of them affects those of one or more of the others. Video games of this nature are part of this classification, as are the role-playing games. In the first, gamers can reach thousands of real-time pen pals. In-game communication generally occurs via chatting or bulletin board structures; it enables players to converse on various subjects.

The role of leisure in all this is, I believe, clear. Sociability there occurs with reference to one or more leisure activities as defined earlier. These activities have their central conceptual place in the SLP, in its three forms, its types and subtypes, and its contextual embeddedness in social worlds, groups (of all sizes) communities (local, national, international), leisure cultures, and leisure trends. In other words, leisure-based sociability is itself micro-analytic in scope, but viewed through the lens of the SLP, it can be further understood using meso- and macro levels of analysis.

1This is not necessarily a complete list, in that further grounded research on socializing could uncover other themes.

2 Simmel’s article was initially published in German in 1911.

3Theses were omitted from this review, because they are often difficult if not impossible to locate either electronically or physically.

4Writing a blog is like writing a journal article or a book for a vague number of readers. Personal responses are usually rare to non-existent in such cases. See Cox and Blake (2011), for an example. 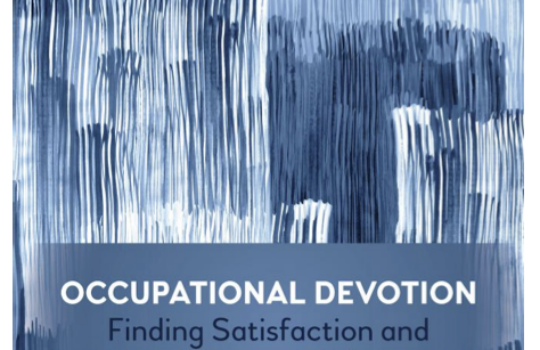