Working hours of full-time employees in economically advanced countries fell from six 10-hour days at the beginning of the twentieth century to five 8-hour days (and paid holidays) by the 1960s. While additional holidays have been secured since then, the full-time weekly work-pattern has seen little change, although there has been an increase in part-time working. In fact, with the increased involvement of women in the paid work-force, the typical two-adult household has an increased work-load, with two paid wage-earners and at least the same amount of unpaid domestic/caring work  to be attended to. Since the turn of the century there has therefore been talk of people suffering from a ‘time squeeze’, with associated physical and mental stress and fatigue (Hochschild, 1997; Schulte, 2014).

Leisure studies researchers have not featured strongly in these discussions. The work-leisure time relationship dominated leisure studies in its early days. However, despite the changing paid work environment, interest waned from the 1980s, with the main preoccupation being with leisure activity and experience rather than leisure time (see Veal, 2019a, Ch. 11).

There have been few calls for reduced working hours from leisure studies scholars, rare examples including Reid (1989) and Schor (2013). However, many have emerged from other sources. Among them are: feminists concerned with work-life balance (e.g., Weeks, 2011; Negrey, 2012; Shippen, 2014); economists concerned with economic optimisation (e.g., Robinson, 2006; LaJeunesse, 2009; New Economics Foundation, 2010; Skidelsky and Skidelsky, 2012); environmentalists concerned with sustainability and the impact of work and economic growth on the environment (e.g., Bregman, 2018; Hayden, 1999); and critical theorists offering proposals for radical change to society (e.g., Beck, 2000; Fleming, 2015).

Half a century ago, leisure studies scholars’ focus on increasing leisure time relied on projections of falling working hours provided by others which, for the most part, turned out to be less than reliable. In the current environment, a more substantial theoretical and empirical basis is required if the field of leisure studies is to make a contribution to contemporary debate. One possibility is to widen the discussion to consider not just time for leisure and (paid) work but time required for attending to everyday living or, to adapt Marx’s term, the realm of necessity. This idea is reflected in the leisure1-4 time-use system summarised in Figure 1. This shows nine types of time-use/activity within the realm of necessity, including three functional types of leisure, reflecting, in modified form, Dumazedier’s original definition of leisure (Dumazedier, 1967; Veal, 2019b), and one type of leisure in the realm of freedom. Leisure4 may include some of the activities included in Leisure1-3, but this would be over and above that required to recover from (paid and unpaid) work, to relax mentally and socially (entertainment) and to maintain family/personal relationships. A terminological alternative is to refer to everyday life and the non-everyday (de Certeau, 1988; Highmore., 2002). Some would see the realm of necessity/everyday life as entirely non-free; for example, Cohen and Taylor (1976/1992, pp. 112-153) saw activities such as hobbies, games, gambling, sex, mass culture, art, recreational drugs and therapy as ‘escape attempts’, although they later questioned the extent to which the ‘escape routes and sites’ are any more free than the everyday (pp. 1-29). Other interpretations of Figure 1 remain to be explored.

Bregman, R. (2018). Utopia for realists: The case for a universal basic income, open borders, and a 15-hour work-week. London: Bloomsbury.

Fleming, P. (2015). The mythology of work: Why capitalism persists despite itself. London: Pluto.

Hayden, A. (1999). Sharing the work, sparing the planet: Work time, consumption and ecology. Toronto, Canada: Between the Lines.

New Economics Foundation (2010). 21 hours: Why a shorter working week can help us all to flourish in the 21st century. London: NEF.

Reid, D.G. (1995) Work and leisure in the 21st century: From production to citizenship. Toronto, Canada: Wall and Emerson.

Schor, J.B. (2013). Why solving climate change requires working less. In A. Coote and J. Franklin (Eds), Time on our side: Why we all need a shorter working week. London: New Economics Foundation (e-book edition, no pagination).

Veal, A.J. (2019a). Whatever happened to the leisure society? London: Routledge. 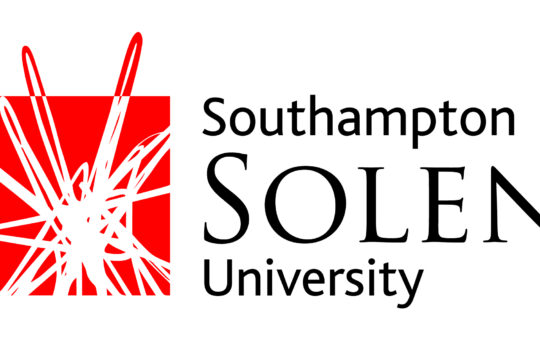 Call for abstracts for the Leisure Studies… Read More

Details The LSA is pleased to offer the Research and Enterprise Development Fund, to provide… Read More