A shift to the overt?

Almost occluded from popular discussion is the vulnerability and loss of publicly owned or managed sites, indoor and outdoor in countries across the world. The UK is no exception to this. More widely ‘austerity measures’ are followed by so called ‘easy losers’ [sic]: city parks however small; public halls, clubs for younger and others for older individuals and gatherings.

I have deferred this blog as I have not been able to write with optimism since the miserable results, for me at least, actually shared by half the population of the U.K. The sure certainty that at least the U.S.A. presidential run would end very differently lent a happy window, only to be soured by the eventuality, with likely global concerns.

This may be all too political for the LSA reader, but I unravel why that is not so- at least in practical ways of involvement for members individually and collectively. Yet my concerns in this piece are for kinds of ways in which members of the LSA or specialist groups amongst us might consider engaging in the defence of these kinds of location – and the enabling of volunteers to contribute to their use. This does not imply particular ‘party political’ participation, but resuscitating co-operative involvement for the interests of values that seem to me, at least, to be germane to our work.

The gusts of change and adjustment are being increased now not only to the UK but across Europe, with likely consequences further afield- or nearer home, depending on where we are. Hurricanes of lost public sites will continue to occur. Of course, far more extremely felt are the countries already experiencing extremes of internal and external conflict across the world.

Over some years, I contributed, through selecting research funding, giving expert witness at government enquiries, being involved across the country with local groups in different ways, tried to contribute to one component of leisure in terms of defending and improving the situation of allotment sites and people who use them. My good friend and colleague the anthropologist professor at the School of Oriental and African Studies, Tom Selwyn continues to pursue research in the vulnerable middle and near East, so called. At the same time, Tom has over the years spoken and worked to defend local libraries, particularly in his part of London.

It is sometimes implicit in papers on this site and in the LSA journal Leisure Studies that authors work from particular meanings of things, values and attitudes. These are often positioned in terms of co-operative delivery of facilities and supporting services; involvement, participation. Of course, the shift in some countries and their government towards privatising leisure provision is part of the answer to co-operative or government support, but such provides for particular sections of the population and the leisure studies association amongst others has long worked from a position of access for all, particularly in terms of individuals with disability and low or no incomes. Privatisation necessarily can shift provision and seek to influence popularity of this or that leisure according to profitability, and there is low involvement in philanthropy, that is likely to take a long time to re-emerge, if it does.

Access for all, widening participation and similar intentions are components of the meaning of leisure; values and attitudes that stir one’s thinking and action. I have written of what I have called ‘gentle politics’. Not narrowly envisaged, this cuts across formal party politics and provides, if tended, a deeper and more intentional form of contributing to leisure ’on the ground’, as it were, often literally in terms of facilities, sites, support. These values arise from everyday living, not so much particular ‘political positions’. As in the nineteenth century they come from a swell of care and concern characterised in co-operative societies but also movements towards influencing what governments, locally and nationally do and don’t do. Leisure resources in the UK, for one local example, are being lost, most recently in the name of austerity; generations and chunks of population disenfranchised.

A kinder, better, more cohesive Society – and one more ‘prosperous’ in the wider, fuller sense of the term; in health, socially, in kindling self- and community- respect; ways that can lead to financial saving rather than its leakage; safer lives, better environments. Narrow measures for estimating ‘value’ occlude vast areas of life, people, environments and the character, texture and detail of cities.

I don’t usually yield any responses to my musings in these short pieces; maybe there may be some this time. Alas organisations, agencies and teaching and research institutions support the austerity shifts in chasing the money and this is only likely to increase, not only in the UK. As a receiver of a number of government and private/public sector research contracts I have worked on those that I have found largely chimed with my own values in leisure, and at the same time made doubly sure by always turning away from being gamekeeper to try and elsewhere contribute little bit of poacher.

Dear members, Attached (use links below) is the Call for Abstracts for the… Read More 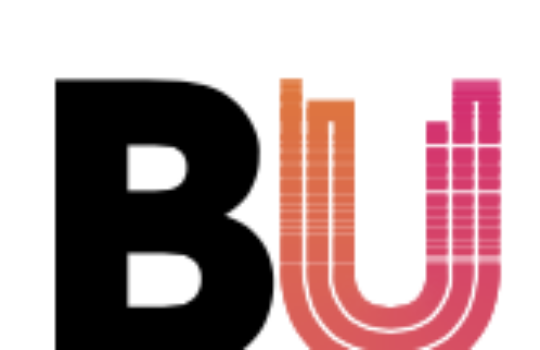 Details The LSA is pleased to offer the Research, Enterprise and Education Development Fund… Read More