Khat-Chewing in Liminal Leisure Spaces: British-Somali Youth on the Margins

Khat-chewing, a controversial leisure activity within the Somali diaspora in Britain, has received little attention within the academic fields of Leisure Studies and the broader interrelated subject disciplines of sociology and cultural studies. All of which, despite, the fact that the Somali diaspora represents one of the fastest growing migrant groups in the United Kingdom, with anywhere between 250,000 to a million Somalis thought to be residing in urban conurbations and down the country. In addition to this, the Somali diaspora also boasts sizeable communities in Northern Europe (Norway, Sweden and Denmark); North America (the United States and Canada); and Australasia (Australia and New Zealand). Countries that have not historically been associated with migrant communities from East Africa and the Arabian Peninsula, and ones where sizeable groups of leisure scholars might be interested in researching the leisure practices undertaken by such cultures. To this end, the paper attached reports on ethnographic research conducted within one of the largest Somali diasporic communities in the United Kingdom to provide insights into the unique locations where young British-Somali men chew khat.

The study consists of data collected from 35 un-structured interviews and 18 months worth of participant observations. Throughout the ensuing discussion, the paper seeks to expose the liminal qualities of these localities to the reader, providing insights into youth, leisure spaces and transience, topics that should interest leisure scholars researching aspects of space, place and belonging. The paper begins with an overview of the contentious position khat-chewing occupies within Somali communities in Britain, revealing issues surrounding the practice that relate to gender, masculinity and age. All of which are used to expose the reasons why young British-Somali men hide their association with the leisure practice from many within their community. The discussion that follows considers how young male khat users conceptualise spatial environments as potential locations to set up ‘temporary mafrish’, spaces that on the one hand provide a sense of sociality whereby khat can be chewed to promote a hegemonic form of Somali masculinity. While on the other hand, providing a sense of privacy that conceals one’s association with a leisure activity that has come to represent a symbol of contention within certain parts of the community. Throughout the paper exposes how the ambiances of such temporary leisure spaces remain open to the prospect of discovery, resulting in the use of discretionary tactics to maintain a sense of secrecy. Here, it is exposed how occupying such a space provides a fascinating insight into the politics of placemaking, whereby khat users have to navigate the spatial environment around them to maintain an equilateral balance between privacy and sociality. In this context, it is discussed how khat-chewing offers a sense of cultural identity and belonging for those occupying the space, while also marking the young British-Somali men who use it as outsiders within their communities. The outcome of such findings hopes to shed light on the complicated relationship between khat-chewing, identity and understandings of social space amongst youth in migrant communities.

In the last round of research funding, Professor Samantha Punch and the team at BAMSA,… Read More 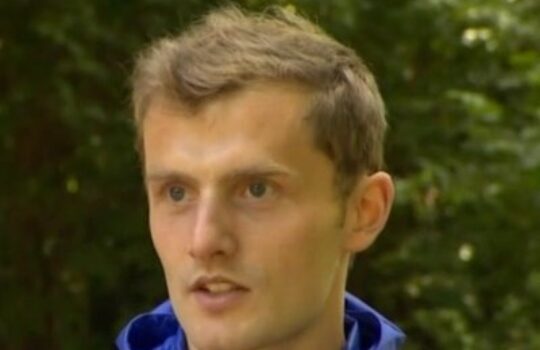 A Critical Realist Framework of Emergence in the Community Asset Transfer of Leisure Facilities. Read More