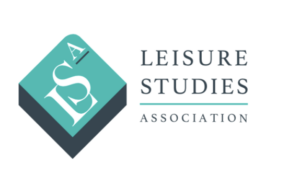 Being Positive in Negative Times: Coping with Social and Psychological Turbulence

By Robert A. Stebbins. University of Calgary

Every period of history has experienced negativeness, or the upsetting problems people want solved. Meanwhile some of today’s problems, most notably, terrorism, genocide, global warming, and economic decline, seem intractable and negative to the extreme. Yet in many parts of the world, where its inhabitants are not directly affected by such worries (e.g., the rest of India and even greater Mumbai during recent terrorism in that city), life in its daily round goes on more or less as usual.

How is it possible to adapt to such negativeness when it poses a vague but nonetheless omnipresent threat? A main answer is that people find positive features in their lives to which they give priority. These features make life worthwhile, a condition that, even if all problems were solved, could never be achieved. Why, because positiveness is much more than an absence of negativeness, even though such absence would help focus attention on the first.

The routes to the goal of positiveness are many. One is to strike a favorable work/leisure/obligation balance. The obligations referred to in this formula are those activities outside work we have to do, but in which we find little joy. Linda Nazareth (2007) writes in The Leisure Economy that Generation Y, which was born between 1977 and 1999, will come closer than any of the preceding generations (Generation X, Baby Boomers) to the popular ideal of a decent work/leisure balance and, it follows, a more positive existence.

To a degree, this balance depends on a second route: finding one or more “formative careers.” This is my label for a person’s sense of continuous, positive self-development and self- fulfillment as it unfolds over the years in certain kinds of work and leisure. Fulfilling work and leisure – activity that expresses, often maximally, one’s gifts and character – are most often found in the professions, consulting occupations, certain skilled trades, and certain small businesses. In leisure, fulfillment is experienced through the activities of amateurs, hobbyists, and skilled, knowledgeable volunteers.

Another route to positiveness is via attractive interpersonal relationships. Warm relations with close friends, relatives, and marital or live-in partners can add tremendously to personal well-being in everyday life. The same may be said for a fourth route: positiveness that grows from being favorably involved in the community. The two principal vehicles for this are volunteering and the various kinds of collective leisure (e.g., playing a team sport, performing in a community orchestra, participating in a quilting club).

All these routes to positiveness are founded to a greater or lesser degree on leisure, our fifth route. As I wrote in Between Work and Leisure (Stebbins, 2004/2014), even fulfilling work is essentially leisure; it just happens that some people make a living in such activity. Moreover, positive interpersonal relationships are always founded and maintained, in significant part, on a leisure base. But, alas, leisure does not invariably engender positiveness. The sorts of leisure just discussed have been described as “serious.” They stand apart from activities qualified as “casual.” The latter – it includes play, entertainment, sensory pleasures, relaxation, and social conversation — can be most helpful as, for example, in alleviating stress, establishing personal

relationships, or simply allowing for a change of pace, all positive processes in life. Nevertheless, people can also overdo casual leisure to the point where it becomes deadening and therefore negative, evident in the all-too-common lament that “Life is dull, all I do is come home from a boring job and watch television.”

Being positive is more than being happy, even though happy people are positive. Richard Layard (2005) in Happiness defines it as “feeling good – enjoying life and wanting the feeling to be maintained.” We may say that happiness is one prominent emotion that accompanies a positive orientation to life (others include joy, pride, love, altruism), an outlook founded on the five routes. A critical difference is that positiveness springs ultimately from being active, from doing positive things. More particularly it springs from doing agreeable, at times fulfilling, activities at leisure and, for a fortunate minority, at work. It is in the very performance of those activities where we experience positiveness, in finding and cataloguing a new stamp (for hobbyist collectors), in learning and presenting the lines of a role (for amateur thespians), in working with autistic children (for skilled volunteers), and so on.

And what about money? Can it buy either happiness or positiveness? Layard doubts it. So does psychologist Martin Seligman (2002), who in Authentic Happiness, brings us to the jumping off point for a positive sociology and the place of happiness therein when he observes that authentic happiness comes from realizing our potential for enduring self-fulfillment. Having money can help us more effectively pursue a fulfilling activity, say, with better skis, a finer violin, or additional cultural tourism. Money can make possible watching a film or dining out.

But many of the activities leading to positiveness do not hinge in significant measure on this resource. In the final analysis positiveness (and authentic happiness) comes from doing (a leisure activity) rather than having (something, collectors being an exception).

Nazareth, L. (2007). The leisure economy: How changing demographics, economics, and generational attitudes will reshape our lives and our industries. Mississauga, ON: John Wiley & Sons Canada.

On “Serious Leisure and Wayward Youth”