Sport in Art, Art in Sport

The first in a series of three seminars for our AHRC research network (for background see the LSA blog: https://leisurestudiesblog.wordpress.com/2016/03/17/sport-in-the-arts-the-arts-in-sport/#more-214) was held at the National Football Museum (NFM) in Manchester at the end of June.  We were meeting to consider the benefits and challenges for participation and audiences of bringing the arts and sport together.

Dr Beatriz Garcia (University of Liverpool) kicked-off on the subject of how the Olympics has changed participation practices and profiles.  She examined whether the associated arts programmes could be considered any more than just entertainment at sports events.  Various shifts could be identified, from the ‘Pentathlon of Muses’ (1908) through an Olympic Art Competition that was abandoned for becoming too competitive to city dressing and exhibitions inspired by sport and then to some examples of clearer artistic principles like the celebration of the avant garde in Mexico.  However, more recently the name of the game has been city positioning.  Nonetheless public art and spectacle does offer the chance to reach out to people who say ‘not for me’.  That leads to questions about how to engage different communities, after all the pitch for London 2012 had been based in part around young people and London’s multicultural communities.

Beatriz suggested that for London 2012 the arts had not just been an addendum, but had been presented with sort as a source of inspiration.  Sports events generally, and the Olympics in particular, offer the potential to cut across demographics (particularly age and class), bringing new audiences by encouraging people to explore new activities, reassured by the Olympic brand that they associate with quality.  The crucial questions though are about who is represented or excluded and which activities are best at playing a bridging role and blends sport and art.  In that latter regard Beatriz drew attention to the contributions of disability art movements and ‘One Extraordinary Day’.  She also believed that the Olympic education programme was an often overlooked way of bringing art and sport together.

Prof Lynn Froggett (University of Central Lancashire) considered additive, interactive and transformative experiences in art-sport.  Lynn had led the team that evaluated I-move, the representation of the Cultural Olympiad in Yorkshire.  I-move had used art to explore the moving body of the individual within society.  The marketing people had hated the concept because it was too complex, but although it was led by art rather than sport it had been highly participative and engaged large numbers of people.

Her hope was that more projects would occupy the last of those categories, creating a new space that was neither distinctively art nor sport that people from different backgrounds could enter on equal terms.  She felt that projects embedded in space (see also ‘Stanza Stones’) are more suited to the transformative model.  Her work has led her to feel the need for a new language not constrained by existing boundaries between sport and art and new methods able to accommodate the complexities involved.  Pressed on that, Lynn identified visual matrix methodology and mobile methods as offering potential.

Filling an empty slot at short notice Dr Kevin Moore (Director of the NFM) discussed the role of the NFM and its public in terms of history and culture.  The museum famously includes art in its collection, including a sculpture by Picasso and a painting by local boy, L S Lowry, and Kevin gleefully quoted Germaine Greer’s provocation that football is more central to culture than anything the Arts Council does.  Its move from Preston, which claims to be the birthplace of the game (a highly contested claim) to Manchester had brought allowed them to increase the number of visitors fivefold.  The international appeal of football had allowed them to provide a venue when David Cameron hosted the president of China who loves football and hopes to use it to reduce obesity in China.

Kevin maintained that the NFM is the only national museum with popular culture as its theme [not the National Media Museum?], but that even though they don’t present it as such our bastions of culture have quite a lot of sporting material in their collections.  London 2012, though, had encouraged many exhibitions of sport, largely in the hope of attracting anew audience.  If such initiatives are to be successful Kevin suggested that more attention needed to be given to communication.  For example, at the NFM they target a reading age of 12 through 50 words rather than 5000 and have a special under-fives area as well as working outside the museum.

Before the final whistle we made sure there was plenty of time through the day for others attending to feed in their ideas and we began to address the nature of the research that might be needed to inform this debate.  That reflected commonplace tensions familiar to members of the LSA between those who felt the need for qualitative research to inform a better understanding of people’s experiences, others insisted on the value of quantitative data, especially in winning political arguments for resources (and some like me who do a bit of this and a bit of that.  The Association of Visitor Attractions assessed the NFM as the top visitor attraction in 2014 with a customer satisfaction rating of 94.74.  Kevin Moore admitted that he was not too sure what it meant, but was happy to use it to their advantage.  There were now familiar calls too for mixed methods approaches and the possibility of embedding researchers in projects to work out why things happen.

Other matters that might strike a chord with LSA members were

In our discussions there was also talk of a ‘third space’ that would involve co-production and commissioning, though it was pointed out that funding bodies were not always happy with such hybrid projects.  There was a call for data and knowledge to be shared between sport and the arts and a suggestion that the main legacy when the two did come together successfully was in the infrastructure of networks.

Those who attended also had the chance to see a film by Stephen Shone about Bradford City’s Asian Fans.

…And then we walked out into the rain – I could be a sport commentator endorsing such stereotypical clichés.  Let me extend thanks to the National Football Museum for hosting us.

Some members of the LSA played a central role in writing the Brighton Declaration on Women and Sport that was originally produced in 1995 and now has more than nine pages of signatories on the web.  Apart from disseminating different forms of reporting our goal is to produce an equivalent declaration that might even become a manifesto on the relationship between sport and the arts.

It would be good to get others from the LSA involved.  Our next seminar is in Bristol on September 6th when our theme will be ‘aesthetics and representation’.  If you want to join an email group to correspond with people who have such interests, please subscribe (free) by going to: FIELDS-OF-VISION@jiscmail.ac.uk or you can check the web site: (https://artsinsport.wordpress.com/). 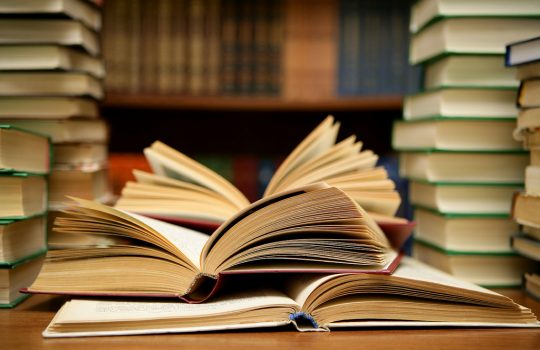